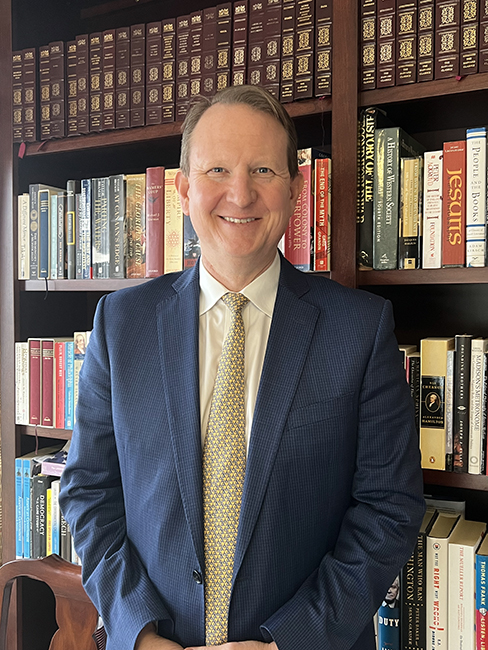 In August 2010, John A. Lewis, IV was installed as The Gunston School’s eighth Headmaster. Prior to coming to Gunston, Lewis spent seven years at Ranney School in Tinton Falls, New Jersey, where he served as English Department Chair, Director of Studies, and Head of Upper School.

Before his tenure at Ranney School, he spent several years as a teacher and administrator working in international schools including the United World College of Southeast Asia in Singapore, where he also taught English and Philosophy, and as one of the founding faculty members of the Colegio Menor San Francisco de Quito, an independent school in Ecuador. During his time overseas, he has led student excursions to Australia, New Zealand, Indonesia, Malaysia, Nepal, and Cambodia. He began his career as a faculty intern at Culver Academies in Indiana, and has also worked at Culver’s Summer School as a counselor for the Black Horse Troop.

Lewis holds an A.B. in English from Georgetown University, where he was a Lannan Fellow, and he earned an Ed.M. in Teaching and Learning from the Harvard Graduate School of Education, and an M.A. in Private School Leadership from the Klingenstein Program at Teachers College, Columbia University. He is a member of the Centreville Rotary and is on the board of the Mid-Shore Community Foundation and the Association of Maryland and DC Schools, where he serves as chair of the Accreditation Committee.

As an avid traveler, reader, writer, kayaker, and fan of the Baltimore Orioles, John enjoys living on Gunston’s waterfront campus with his wife Laurie and their two daughters.